What is Gaki no Tsukai?

Downtown no Gaki no Tsukai ya Arahende!! (ダウンタウンのガキの使いやあらへんで!!, Dauntaun no Gaki no Tsukai ya Arahende!!, lit. "Downtown's We Aren't Errand Boys!"), often abbreviated Gaki no Tsukai (ガキの使い) or just Gaki Tsuka (ガキ使), is a Japanese variety show hosted by popular Japanese owarai duo, Downtown, with comedian Hōsei Tsukitei (formerly known as Hōsei Yamasaki) and owarai duo Cocorico co-hosting. The program has been broadcast on Nippon TV since its pilot episode on October 3, 1989 and continues to this day, celebrating its 1000th episode on April 18, 2010. The program currently broadcasts on Nippon TV and its regional affiliates from 23:25 until 23:55 JST.

Downtown, one of the most influential and prolific kombi in Japan, who are known for their sarcastic, short-tempered stage personas.

Hōsei Tsukitei (月亭方正, Tsukitei Hōsei), part of the regular cast since 1990. His role on the show is usually divided up between the suberi-kyara (the unfunny character who tries very hard to be funny, but fails) and the ijime-kyara (the underdog who gets bullied and picked on, often physically). Formerly known as Hōsei Yamasaki (山崎 邦正 Yamasaki Hōsei) on the show, however at times the rest of the regulars will call him Yamachan or Hosei-san.

Cocorico, part of the regular cast since 1997.

Hitoshi Matsumoto (松本 人志, Matsumoto Hitoshi, born September 8, 1963), or Matchan (松ちゃん(まっちゃん)) as he is commonly known, is one of Japan's most popular comedians and TV hosts. He is one half of the comedy duo Downtown alongside Masatoshi Hamada. Like Hamada, Matsumoto was born and raised in Amagasaki, Hyōgo Prefecture. 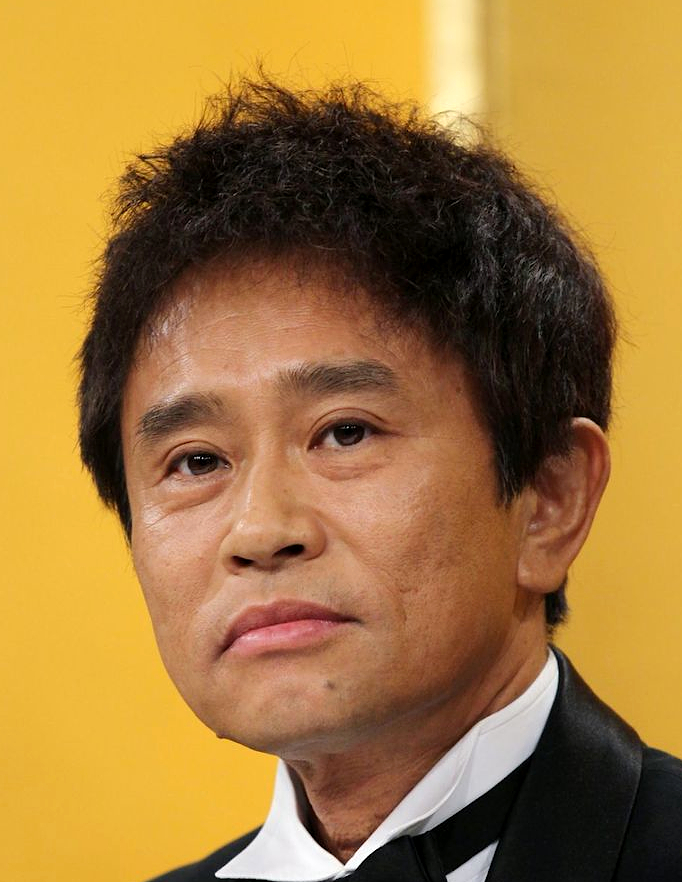 Masatoshi Hamada (浜田 雅功, real name: 濵田 雅功, Hamada Masatoshi) is a Japanese comedian best known as the tsukkomi half of the popular owarai duo Downtown alongside Hitoshi Matsumoto. His nickname is Hama-chan (浜ちゃん). Hamada is married to Natsumi Ogawa, with whom he has two children. 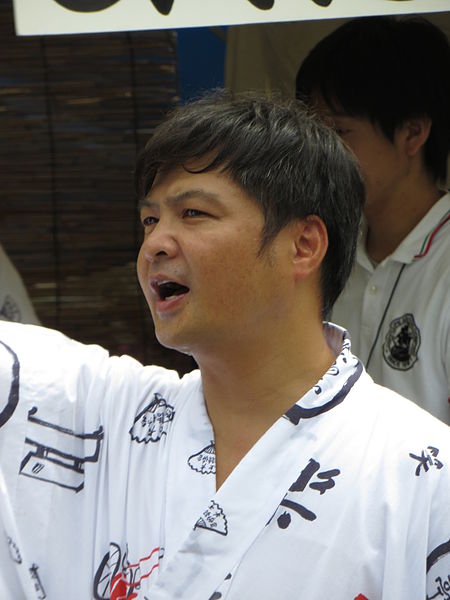 Hōsei Tsukitei (月亭 方正, Tsukitei Hōsei), formerly known as Hōsei Yamasaki (山崎 邦正, Yamasaki Hōsei, born February 15, 1968) is a Japanese solo comedian and rakugo performer, signed with Yoshimoto Kogyo. He is best known for being one of the five members (and the only solo comedian) of Downtown Gaki no Tsukai's regular cast. His role on the show is usually divided up between the suberi-kyara and the ijime-kyara. 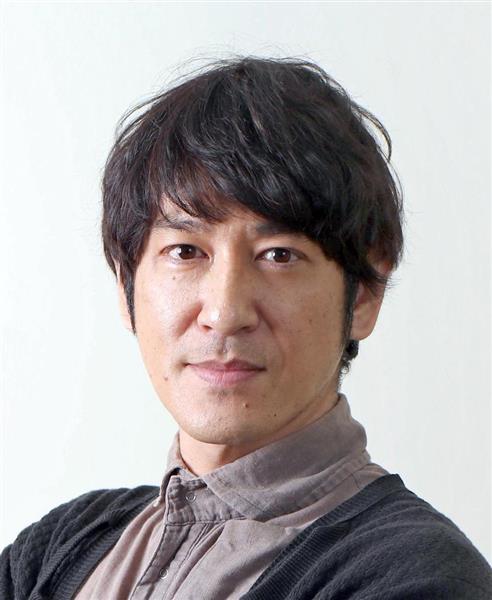 Naoki Tanaka (田中 直樹, Tanaka Naoki) is a Japanese comedian, actor and television presenter who is the leader and the boke of the owarai kombi Cocorico with his partner Shozo Endo. He has appeared in many television programmes and films. He is known for being a regular member of Downtown no Gaki no Tsukai ya Arahende!!, which he and Endo works since 1997.